The Association of Child Psychotherapists says the results of the crisis are rising levels of suicide, self-referral to A&E and pressure on in-patient units. Photograph: Steven May/Alamy

Failings in treatment of children and young people with mental health problems is a “silent catastrophe” within the NHS and is due to chronic underfunding and serious structural issues, a report by the Association of Child Psychotherapists (ACP) claims.

The report, which exposes a “serious and worsening crisis” for the health service through a survey of those working in child and adolescent mental health services (Camhs), says trusts are being hollowed out and specialist services are disappearing owing to underfunding and the transformation and redesign of services in recent years.

The results are rising levels of suicide, self-referral to A&E departments and pressure on in-patient units, it says.

The number of children and adolescents failing to receive the right treatment or “fully slipping through the cracks” is on the rise, the report says. But Camhs funding is only part of the problem, with specialist services moving “towards something of much less quality and rigour”, it adds.

The survey of 416 frontline NHS child and adolescent child psychotherapists found the worst affected patients were those with the most severe and long-standing needs.

Specialist services are disappearing, and senior clinical roles and disciplines are being dismantled, leading to pressure on lower-banded staff, the report says.

Treatment is focused on symptoms rather than the whole child or young person in context, it continues. Children and young people are left to “get worse before being seen” and there is an “increasing mismatch between need and treatment offered”. 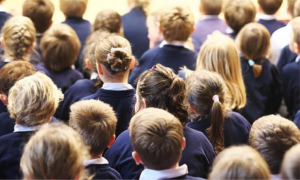 Competitive tendering has led to “unrealistic and under-funded service models” and left services fragmented and staff isolated, it says.

The failings have led to high staff turnover, poor morale and poor working conditions. One child psychotherapist, who wished to remain anonymous, said: “I am considering leaving the NHS as I am worried it is no longer safe to practise.

“It is tragic to witness the demise of a once-flourishing and truly multi-disciplinary specialist Camhs. My skills are going to waste.

“Once the service was taken over by a new trust, the service was redesigned and now does not meet the needs of a large section of the population who have significant mental health needs. There is no time for proper assessments and treatment.

“Specialist treatment for the most vulnerable children offered by child psychotherapists and others survives despite, not because, of service design.”

The ACP said it wanted to shift debate from recognition there was a crisis in Camhs to an understanding of the factors and forces ”behind our collective failure to respond to it”.

This year, the NHs watchdog the Care Quality Commission rated 39% (26 services) of specialist Camhs as requiring improvement. Those surveyed by the ACP were asked whether they could see any evidence of the government’s claim of making “one of the biggest expansion of services in Europe” – 93 % of respondents said they saw no evidence of this.

Dr Nick Waggett, the chief executive of the ACP, said the report showed the lack of funding, and the loss of clinical expertise and leadership in the recent redesigns of the service could lead to patients not being offered the effective and timely assessment and treatment they required.

Dr Marc Bush, the head of policy at the charity YoungMinds, said: “Every day we get calls to our helpline from parents whose children have been waiting months for an appointment with Camhs, or who have been turned down because the thresholds for treatment are so high. The system is overstretched and disjointed, with a devastating impact on thousands of families across the country.”

He added that there was a need for increased spending and greater recognition of specialist roles.

The survey of frontline NHS Camhs staff suggests a deterioration of specialist services:

« Domestic abuse survivors ‘falling through the cracks’ as system leaves them in cycle of homelessness
Schools expel 40 pupils each day, data shows »